Held off Boston, Mass. Race was run by BLUENOSE, a Lunenberg schooner, skippered by Captain Angus Walters and COLUMBIA, Gloucester schooner, skippered by Captain Benjamin Pine. 1st race October 27th - winner was BLUENOSE. 2nd race held November 1st won by COLUMBIA (by default of a change in the rules). Part of the prize money was accepted by the BLUENOSE captain but not the trophy. After much arguing, no races were held for 8 years.
The American trials for the upcoming Int. Fishermen's Race was also the 300th Gloucester Centennial Race. These elimination trials were held off Gloucester, Mass and were participated by HENRY FORD, ELIZABETH HOWARD and a fishing schooner temporarily named SHAMROCK in honor of Sir Thomas Lipton's SHAMROCK's and his prescence at the races that year. 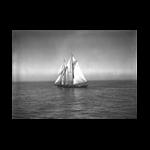 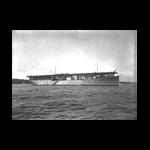 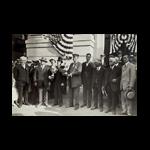 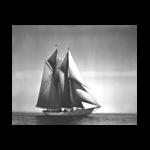