Chronometer and transport case made by John Poole (1818-1867), London. This chronometer was owned by General J.J. Morrow, former governor of Panama, and was used in determining the boundary line during the Tacna-Arica dispute resolution in 1929. When the War of the Pacific between Peru and Chile ended in 1883, the Treaty of Ancon granted victorious Chile the two provinces of Tacna and Arica. After ten years a plebiscite was to be held to determine which country would control the provinces. Over thirty years later, the dispute had not been settled and finally, in 1929, after American diplomatic intervention, Tacna was granted to Peru and Chile retained Arica. 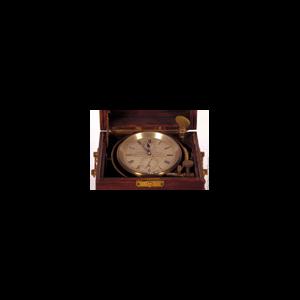