Glass negative by Capt. George Comer, taken at Cape Fullerton, Hudson Bay, February 18, 1904. Portrait of Inuit woman. Photo taken inside deck house onboard whaling schooner ERA. Comer identified the woman as a "Kenepitu woman known as Starboard Eye, this shows the tattooing on the face of that tribe." The Inuit Comer referred to as the Kenepitic or Kenepitu were from the Chesterfield Inlet region, and are more appropriately designated as the Qaernermiut. Information from original envelope identifies this as Photo #78, #35. 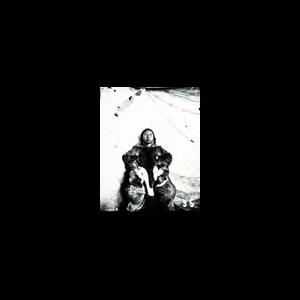