Glass negative by Capt. George Comer, taken in Hudson Bay, ca. 1897-1905. Depicts a group Inuit on deck of whaling schooner ERA. The men are wearing clothes obtained from the Americans. Comer described them as "Iwilic natives." The Inuit Comer referred to as the Iwilic are more accurately referred to as the Aivilik or Aivilingmiut. The number 15 is etched in to the emulsion on the lower part of the plate. Lantern slide 1966.339.43 was made from this negative. 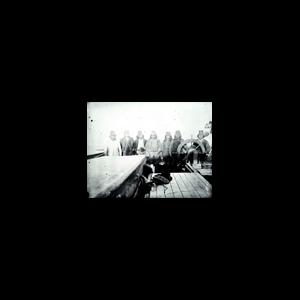 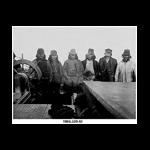