Men Cutting into Whale on Starboard Side of Whaler CALIFORNIA, 1903

Black and white photograph of starboard side of whaler CALIFORNIA cutting into a whale. Several men on cutting stage. Identical to photo in copyrighted series which has caption: "24. Cutting in a right whale / Head all clear and hoisting aboard." See Cutting in a Whale, a series of twenty-five photographs taken aboard bark CALIFORNIA. Copyrighted 1903 by H. S. Hutchinson & Co., New Bedford, MA. 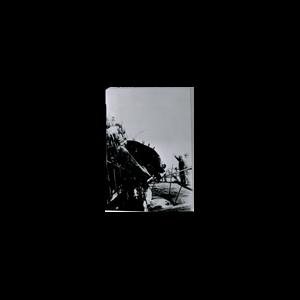