Lantern slide prepared by F.C. Lockwood of Brooklyn, NY, from an original photograph by Capt. George Comer. Used by Comer to illustrate lectures about his Arctic and seafaring experiences. Depicts an Inuit woman, called Jumbo by the whalers. Original information accompanying the lantern slide indicated that she was a member of the Tununa or Ponds Bay tribe. These people are more appropriately designated as the Tuninirmiut. Photo taken at Cape Fullerton, Hudson Bay on 16 February 1904. From glass negative 1963.1767.65 and 1963.1767.112. 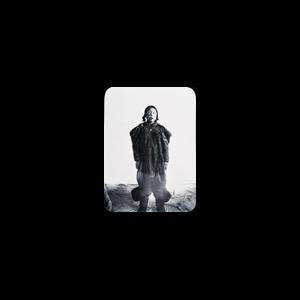 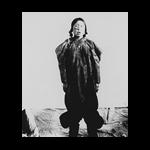