Photograph from the collection of Captain George Comer (1858-1937) of East Haddam, Connecticut. This photo, taken by Capt. Comer, depicts an Inuit family. Comer described this as "A man with his two wives in Igloo or snow house." The photo was taken at Cape Fullerton or Repulse Bay, ca. 1907-1909. This same group is depicted in photo 1983.25.39. 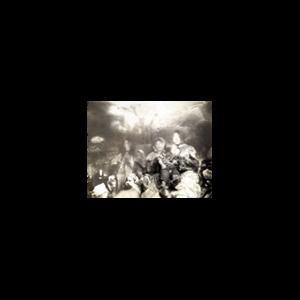 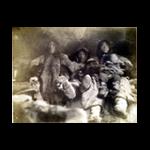