Photograph; CHARLES W. MORGAN in New Bedford; From the Eduard Stackpole Collection; small black and white photograph of the CHARLES W. MORGAN while in New Bedford; photograph was taken after 1922, when she was used in the film "Down to the Sea in Ships"; handwritten in pencil on the back "Ernest has one"; printed faintly in blue ink on the back "633". 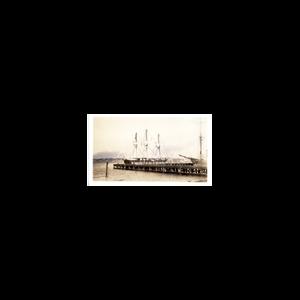