Gelatin silver print in photograph album 2008.28.6 of Merritt-Chapman & Scott Corporation salvage operations; handwritten upper right "7276"; floating derricks CENTURY and COLOSSUS hoisting crane, New York, NY; see related photographs 2008.28.6.87-93; caption from "Black Horse of the Sea, page 8, "This huge traveling crane, blown by a storm from its place on a New York dock, was promptly set back by the combined efforts of the Floating Derricks COLOSSUS and CENTURY. Few burdens ever are encountered that are too heavy or bulky for such a bit of teamwork, though as many as four derricks together often have been used." 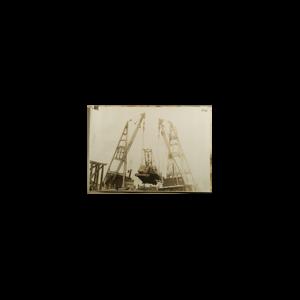 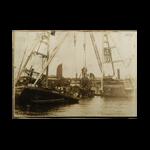 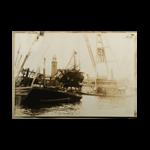 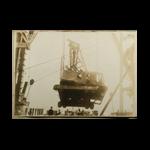 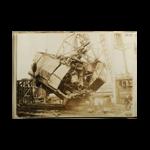 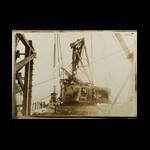 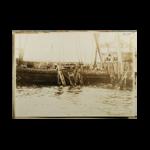