Photograph from the collection of Captain George Comer (1858-1937) of East Haddam, Connecticut. Depicts 3 Inuit using stoves. Typewritten, on rear: "Snow had to be melted for drinking and/ cooking when we were out whaling in the/ early spring. This was before we had Kerosene/ stoves. When they came out we could remain/ in the boats and cook our coffee and food". Identical to 1963.1767.90. 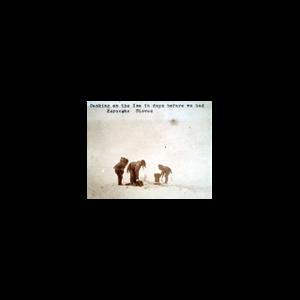