New York; NY; USA ENCYCLOPEDIA OF NEW YORK CITY, Jackson, 1995, pg. 444: "Wholesale fish market on the shore of the East River two blocks south of the Brooklyn Bridge. It originally consisted of a number of stalls in a corner of the Fulton Market (1822) that were used until fish dealers moved across South Street to a shed along the river in 1831; a permanent bulding was erected in 1869." Cast iron Ferry Terminal built 1863. 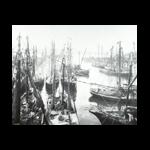 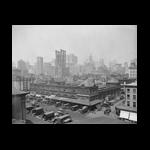 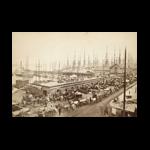 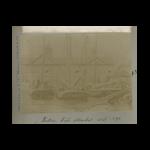