Photograph; of whaleship CHARLES W. MORGAN under full sail; returning to New Bedford from a whaling voyage, Capt. Benjamin D. Cleveland, master, in October, 1917. Photographed by Tom Saylor, who was aboard a Navy patrol vessel off Cuttyhunk at the time; according to him, the MORGAN paid no attention to the patrol vessels's signals, and they had to fire a shot across her bow to bring her to. The MORGAN was then informed that the country was at war. 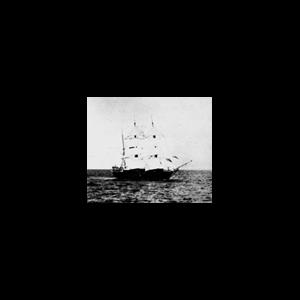